The Music of Steve Dunn

Back to all posts

I've been behind on posting news, so let's do some catch up - one month at a time.

The annual Instrumental Convergence, hosted by Texas Baptists, was scheduled to be held in Austin this year and I was to be the guest conductor/clinician for the event. Like so many things, it was cancelled for this year (and is now being rescheduled for early spring 2022). But rather than do nothing, Director of Music and Worship, Tom Tillman, hosted a virtual meeting which included a discussion on topics related to church instrumental music and a Q & A with those who "attended". It was a treat to be part of this discussion with Tom and David Winkler, a talented arranger and highly respected leader in the church music world - and a long time friend. It was a treat! 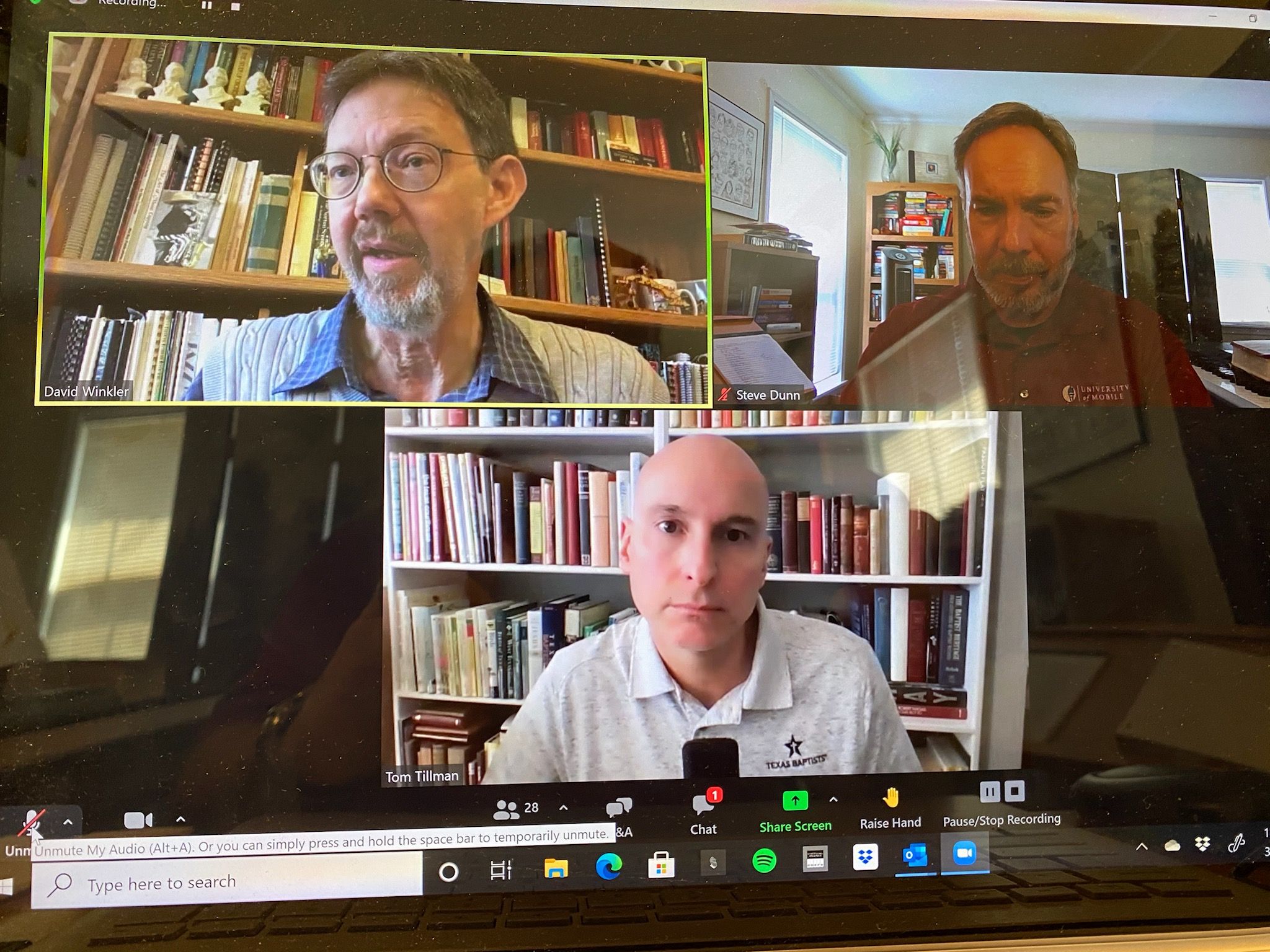